Japan Heritage of millionaires by Kitamae-bune in the Edo period

In early Edo period (around the era of Tsunayoshi, the 5th Tokugawa Shogun), the Meshino Family led the project of constructing a new straight road along the coastline.

Dozens of Kura storehouses were lined along this new road and it was quite a stunning view. Because of the multitude of the storehouses, they were called Iroha gura, which means they are as many as  Iroha, 48 Japanese characters.

Unfortunately not many remain today. 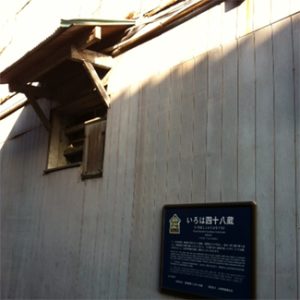