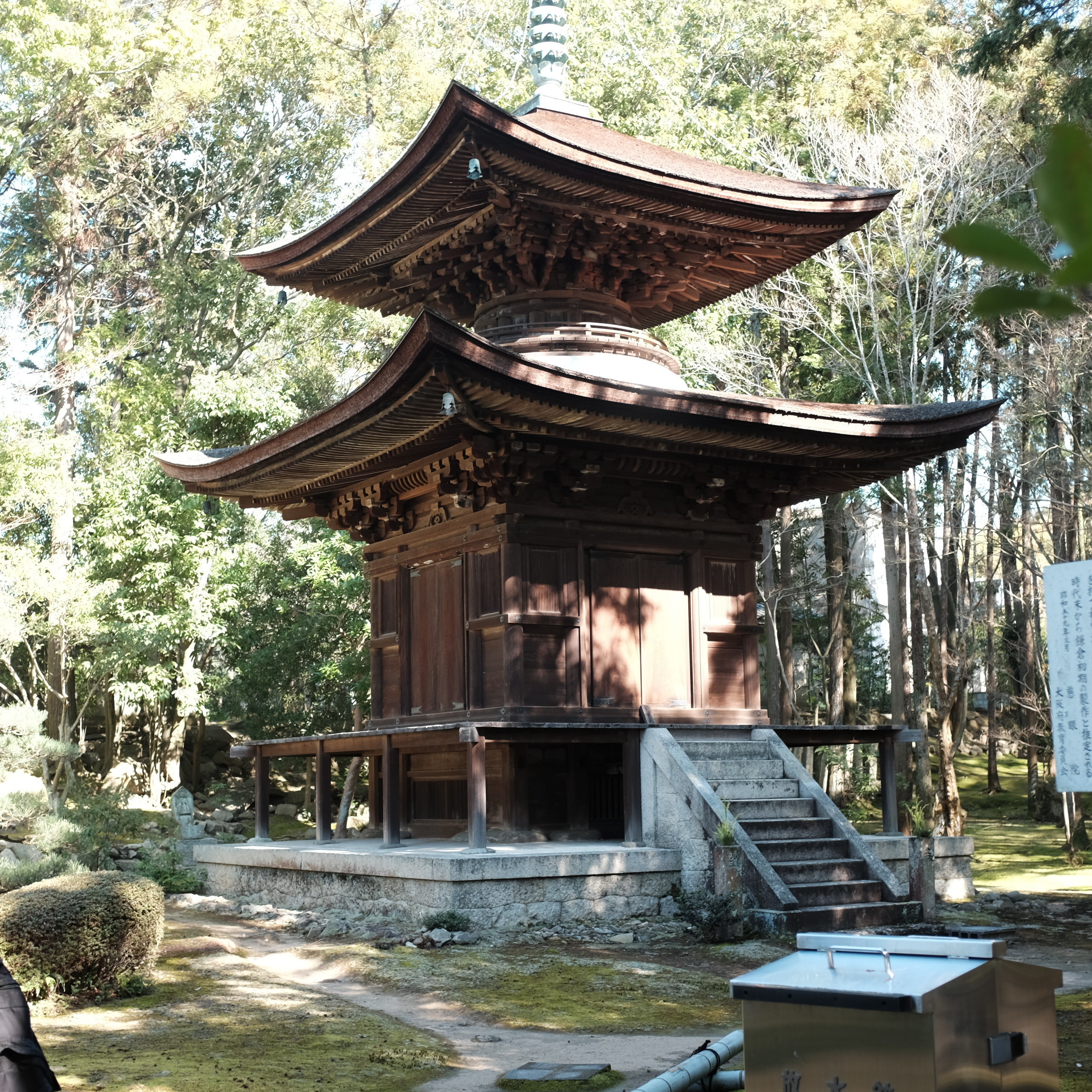 Designated as a national treasure

A temple belongs to the Omuro School of the Shingon sect of Buddhism. It received its official name “Jigen-in” from Ninnaji Temple in Kyoto in 1665.

There is also a theory that it is the successor to Muhenko-in Temple (depicted in the Painting of Hineno Village). It was likewise officially affiliated with Hine Jinja Shrine.

A two-storied pagoda built in 1271 has been preserved until today. It was designated as a national treasure.

The main hall of the temple is an important cultural property.